Back to the blog list to read Contesting Knowledge

February 22, 2020
This blog is on a detour right now so I can talk about the process of writing my first book, Exploring American Healthcare through 50 Historic Treasures, but I missed working my way through my original list of 100 new things to try, so I'm sneaking in an item from that list -- "Read Contesting Knowledge: Museums and Indigenous Perspectives, edited by Susan Sleeper-Smith."  I do want to say that as a non-Native person especially, and also as someone who does not work closely with Native issues in museums, I can't really review this book in the same way I might review a book about history. It would make an important and useful contribution to the field regardless of my opinions of it (although as it happens, my opinions of it are quite positive). What I do want to do is share some of my reactions in the spirit of tone of the goals of A Catalog of Curiosity, which is to take you along on my learning journeys.

The book is a collection of papers that were presented at an academic symposium, and it has the advantages and disadvantages that come along with that. The chapters vary in how technical they get, and occasionally I wanted to get a red pen out to replace some of the academese with much more concise descriptions. The book is also a bit of a sampler of the field of indigenous studies, with less pre-planned attention to the balance of topics than a book that is not made up of symposium papers might be. I appreciated its variety, especially the first section, which looks at the relationship between museums and indigenous peoples in a global context, including examples from South Africa and Brazil. 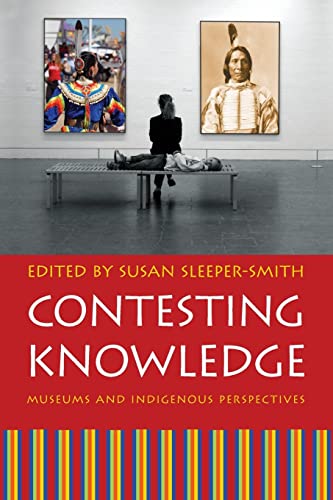 I found the chapter "Reimagining Tribal Sovereignty Through Tribal History: Museums, libraries and archives in the Klamath River region" by Brian Isaac Daniels particularly useful and interesting. Daniels describes the role of museums and archives in three different nations. The Shasta nation is not federally recognized, and they have an archive that's not at all public-facing, but is a tool for them to collect and demonstrate their history in a very literal assertion that they exist. I had known that federal recognition of tribes is a complicated process that leaves some tribes behind. However, I had never seen the requirements for tribal recognition spelled out. Not only are (typically non-Native) U.S. government officials the arbiters of whether the documentation a tribe provides is good enough, but several of the requirements are dependent on non-Native perceptions of the tribe, past or present. The community must demonstrate its continuous existence as a political entity since 1900? The last of the U.S. government Indian residential schools, which took children from their parents and punished them for any expression of tribal identity, closed in 1973. The U.S. government systematically tried to force children not to learn their culture's language, religion, or political structures. One doesn't need to know the history of a specific tribe to question this requirement.

The book is divided into three sections: Ethnography and the Cultural Practices of Museums; Curatorial Practices: Voices, Values, Languages, and Traditions; and Tribal Museums and the Heterogeneity of the Nation-State. Sleeper-Smith's introductions to each section are useful overviews that help relate the chapters to the larger picture. I could see his book being very helpful in a museum studies course, as well as for general reading.